What do Knightsbridge and East Dulwich have in common? 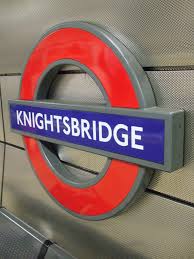 So, what do East Dulwich and Knightsbridge have in common? Notwithstanding the fine array of independent shopping in East Dulwich, one would have to say, at first glance, not very much. However I was interested to read the following comments from representatives of Strutt & Parker, agents who specialise in Prime Central London (PCL) areas including Knightsbridge.

Stephanie McMahon, head of research at Strutt & Parker, said: “Whilst total values transacted in central London are markedly down on this time last year, we must have a sense of perspective and accept that 2013 was an exceptional year.

“It is really not surprising that prices are stabilising after the dramatic price increases we saw over the past 12 months.

“Sales volumes are also showing a slowdown and two quarters of data do suggest a trend of decline. This is as we predicted. We have seen these conditions before in the run-up to a General Election when speculation mounts.

“It is a recognisable pattern and we do not believe it spells doom for the property market in the long term.”

Lulu Egerton, partner at Strutt & Parker in Chelsea, said: “There is no doubt that PCL property is in the midst of a price correction.

“Properties which are priced competitively and realistically are still selling and we are achieving good figures. After a spectacular year in 2013, asking prices had become inflated and they are now in a period of correction where prices are being adjusted down by around 5% to 10% as buyers become far more price sensitive.”

In our view at No-Flies, this analysis also perfectly describes what is going on in the East Dulwich property market. All is not doom and gloom, but an exceptional period of growth over the last 18 months (generated by (1) the relative affordability of property in Se22, Se15 and Se5 when compared to similar property in south-west, north and east London, (2) the improved transport links arising from the introduction of the Overground at Peckham Rye and Denmark Hill, and (3) generally increasing economic confidence)  has now come to an end and we are now in a similar period of correction to that described by Lulu Egerton above. Again, like in PCL areas, property is still selling in East Dulwich provided it is competitively and realistically priced and to achieve that we sometimes have to forget about the heady prices achieved for properties in this area in late 2013 and earlier this year.

So, whilst we should not expect a Harrods Metro to replace Iceland any time soon, it appears that SE22 and SW7 may, after all,  have more in common than is immediately obvious.

This website uses cookies to improve your experience while you navigate through the website. Out of these, the cookies that are categorized as necessary are stored on your browser as they are essential for the working of basic functionalities of the website. We also use third-party cookies that help us analyze and understand how you use this website. These cookies will be stored in your browser only with your consent. You also have the option to opt-out of these cookies. But opting out of some of these cookies may affect your browsing experience.
Necessary Always Enabled
Necessary cookies are absolutely essential for the website to function properly. This category only includes cookies that ensures basic functionalities and security features of the website. These cookies do not store any personal information.
Non-necessary
Any cookies that may not be particularly necessary for the website to function and is used specifically to collect user personal data via analytics, ads, other embedded contents are termed as non-necessary cookies. It is mandatory to procure user consent prior to running these cookies on your website.
SAVE & ACCEPT