This charming one bedroom ground floor apartment was purpose built as such during the Edwardian era. It boasts its own front door, excellent amounts of storage, a separate compact study and a private section of the garden

The house is to be found on Oxenford Street, a quiet residential road of period properties, which runs between Oglander and Copleston Roads. It is, therefore, in the sought after area which connects the Bellenden area of Peckham with East Dulwich. The apartment is just a short stroll from both Peckham’s Bellenden Road (with its growing number of restaurants, pubs and independent shops) and East Dulwich’s Lordship Lane – one of south-east London’s most sought after high streets.

East Dulwich railway station (which provides direct services into London Bridge (c.13 mins)) is around a five minute walk from the property and both Denmark Hill and Peckham Rye railway stations are also easily accessible by foot. At both these latter stations you will find additional direct trains to Victoria and King’s Cross/St. Pancras stations and access to the London Overground services. The Overground provides connections to the Jubilee line tube services to Canary Wharf and the West End. Frequent bus services are also available within 100 metres or so of the property providing direct routes to destinations including Victoria, Waterloo, London Bridge and Brixton.

You approach the property through the pretty front garden with its period tiled path. The door to the apartment is on your right. Upon entering the apartment you find yourself in the hallway with its stripped wooden flooring (which extends throughout the whole apartment) and high ceiling.

Immediately to you right is the reception room. This is a charming room with high ceiling, picture rail and cast iron period style fireplace which has built-in shelving and storage to both chimney breast recesses. The reception is a bright room with two large sash windows looking out on to the front garden and Oxenford Street.

Returning to the hallway, you pass the bedroom next on your right. This is a comfortable double room, which again benefits from a high ceiling and a period picture rail. There is a large original sash window looking out from the bedroom onto the side return of the property and the garden beyond.

The kitchen is fitted with a range of wooden units with a marble effect worksurface. There is an integrated oven and hob with space for other freestanding appliances. The kitchen also has a further large storage cupboard (copious storage being a feature of this lovely apartment) and plenty of space for a dining table and chairs. Two original sash windows look out from the kitchen onto the side return of the property.

Upon leaving the kitchen you find yourself in a small lobby from which you access the study, the bathroom and the garden. The bathroom is a cosy room fitted with a white three-piece suite comprising bath with over bath shower, WC and hand basin. There is ceramic tiling to the bath surround and a pretty original sash window looking out onto the side return. Next to the bathroom is the very useful study. This pretty little room has a storage cupboard and a period sash window looking out onto the garden. Whilst not large enough to be a bedroom, this room would be perfect as a home office or even as a nursery.

Externally the property benefits from a very pretty private section of the garden as well as a nice wide side return, which provides the ideal spot to sit outside for a drink or a meal but also, potentially, provide scope for extending the footprint of the apartment. The garden, which unlike the neighbouring properties, has not been physically divided into two is mostly laid to lawn with a bed planted with a range of mature shrubs and perennials and a pretty raised sitting area at the far end.

This is a charming home which offers excellent amounts of storage and a separate study and is located in a very sought after area. Your early viewing is recommended. 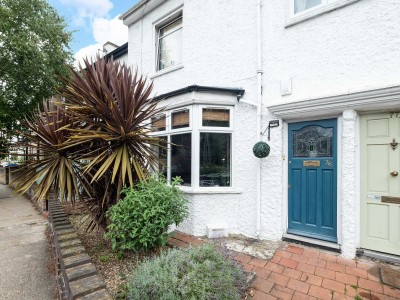 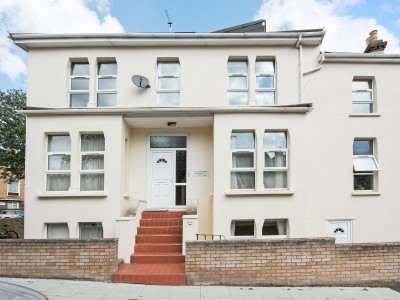 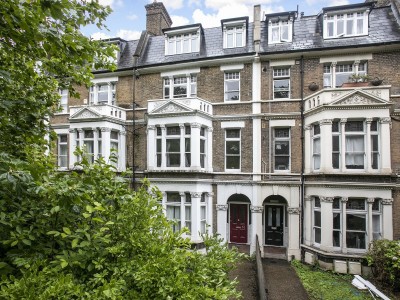